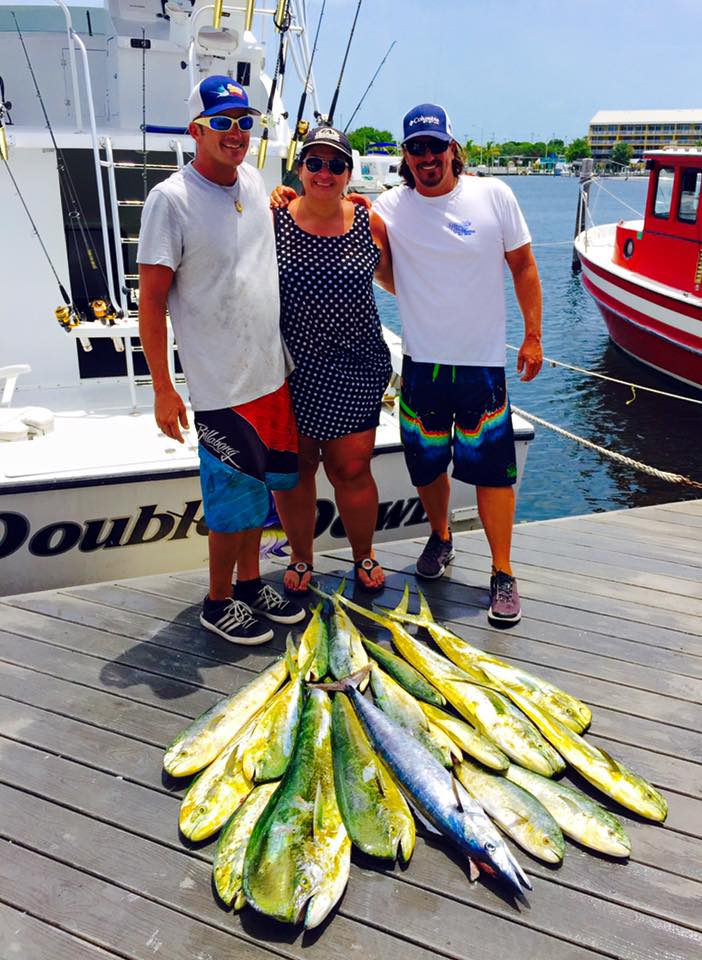 Capt. Brice and his crew with some great Dolphin mahi. 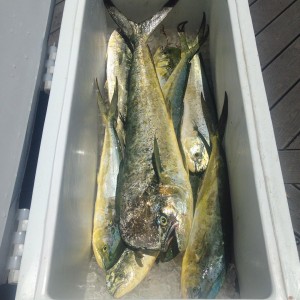 Dolphin Mahi Mahi In The Box

August 15 2015 – The dog days of summer usually mean smaller dolphin mahi mahi. Not this year. In the last few weeks the Key West deep sea fishing fleet has been hitting pay dirt on some nice dolphin mahi mahi. Gaffer sized fish are being reported with many slammers. Fish up to 35 lbs is not a thing typically in August but we sure have had them this year.

Dolphin, also called Mahi Mahi are a tasty pelagic (free swimming) species of fish that runs in the Gulf Stream of the  The Key West dolphin mahi run typically happens in April, May and June with smaller fish in July and August. Not the case this year as the deep sea boats have been bringing these nice fish to the dock regularly.

As a bonus.. Many wahoo and white marlin are being reported. Wahoo make for a nice surprise with burning runs and tasty fare. White marlin fight just like their legendary cousins the blue and black but not nearly as large, so, although fun to fight still manageable.