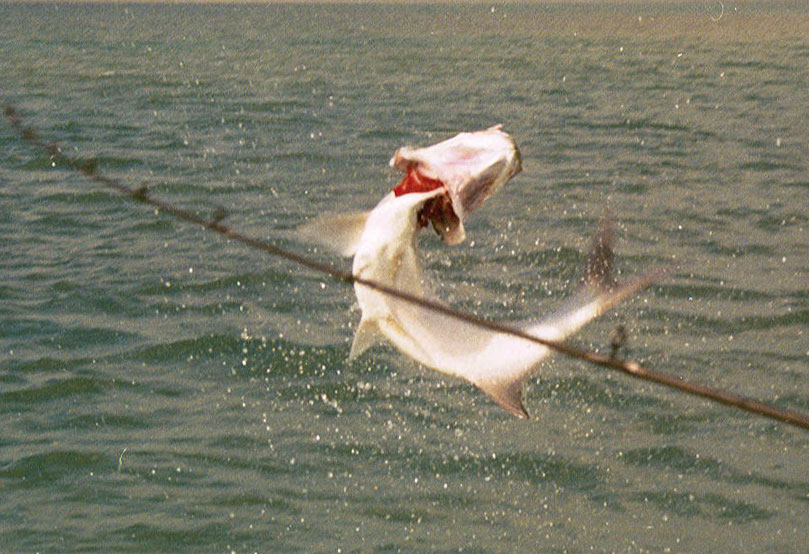 This Guy Is Super Excited About Tarpon Season..

April 1st 2013 – Tarpon fishing has thawed out with numerous large fish all around Key West.

Its no April fools joke.. The tarpon are here and in strong numbers. The men at Dream Catcher Charters got out this morning and found loads of tarpon in the normal spots early and made it happen.

After last weeks late hit of cold weather our water temps dipped into the low 60’s, an unprecedented temperature for us here in Key West in late March.. But the good news was that during the cold and the blow was also Marches full moon which is traditionally a lull in the fishing so one cloaked the other…

This week we have another front approaching the Florida Keys and Key West on Thursday with 20-25 mph winds but the good news is not the cold.. So the tarpon fishing, All be it rough will stay strong through the weekend and into the normal April tarpon fishing pattern we are used to traditionally.

We still have some availability for tarpon fishing here at Dream Catchers.. Call our office to set things up..