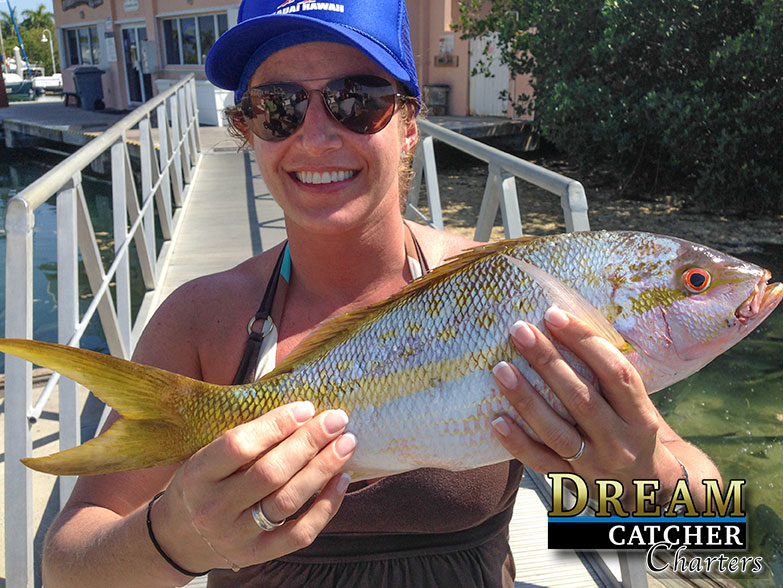 SummerTime Yellowtail Snappers are a great way to put some color in the box. Super tasty and fun to catch. 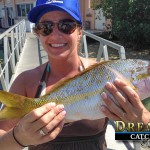 SummerTime Yellowtail Snappers are a great way to put some color in the box. Super tasty and fun to catch.

July 7th 2014 – The last fews weeks or even the last couple months have shown Key West some of the hottest fishing we have seen in years offshore and deep sea fishing. It was like the wild west. Large dolphin were being caught like they were free. The charter boats out of Key West here were crushing fish and wearing people out. Some boats in the last few weeks have reported regular catches of up to and more than 30 lbs. Thats a nice sized dolphin.

This week things started to slow a little in the way of larger dolphin being caught. There have been plenty of them and mostly abundant to allow anglers to catch enough fish to fill a bag limit or two in very little time. A bag limit of dolphin fish (mahi mahi) consists of 10 fish all over the length of 20 inches. Fish in the 25 – 40 inch range have been pretty steady.

Once you have a limit of dolphin – then what? The reef is right on the way home back to the docks of Key West and are absolutely full of fun fish to catch such as Yellowtail snapper, mutton snapper and mangrove snapper. This time of the year (July) all the snappers are done spawning and its all about finding food again for these seemingly never happy fish. Ask your sport fishing captains to drop by the reef to put some color in the box.

The reef bite lately has been steadily picking up during the day. After an off last couple weeks due to the spawn where the fish were chewing better at night.

We offer deep sea fishing and reef fishing here at Dream Catcher Charters. In the summer we make it supper affordable with the use of our bay boats to get you out there and tackle some nice filets for dinner. Give us a call and let us know when you are coming down and we can set something up.