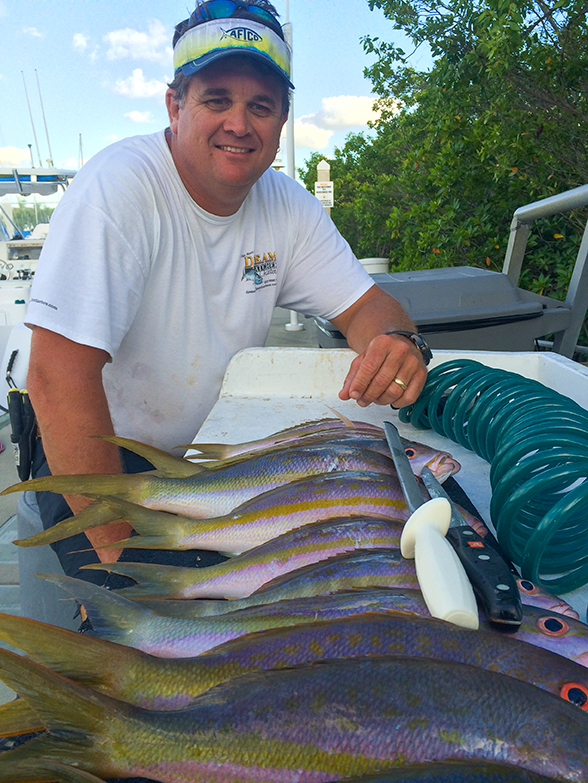 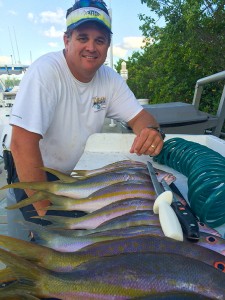 November 2 2014 – Like the cold front was waiting for it to turn to November and the time to change here we are. High of 68 today and lows in the high 50’s across the island chain of the Florida Keys into Key West.

The last week Deep Sea Fishing Key West has been pretty good. Reports of catches of dolphin some tuna and wahoo and the introduction of our sailfish and kingfish season has been evident as the deeper waters have been cooling off for the winter period. November is a transitional month with loads of environmental condition changes as the Northern Hemisphere gets ready for winter and a fishing report is kinda pointless as it talks about what was… Instead lets talk about the possibilities and forecast of what will be and make this fishing report mean something to those of you who are coming to Key West to go fishing.

As mentioned our first cold front is on the porch and winds are gusting to 28 mph dead out of the North East. A super chill down is expected to Keys coastal waters out to the reef. This is all GREAT NEWS for blue water fishermen and Reef fishermen. Outside the reef expect to see a good number of large sailfish in this early part of the season. The deep sea boats are the way to go to get out to them and have a blast trolling this time of the year. Added to your catch you can also expect some nice kingfish to be added to the list smashing the copious amounts of ballyhoo running the surface over the reef line. There is a TON of bait out there right now. What we are seeing is showers of ballyhoo getting whacked by cero mackerel and smaller kingfish.  A little further out our boats are seeing a good push of blackfin tunas. The captains here in Key West are having no problem catching pilchards for bait to chum the blackens right to the back of the boat for a good shot at these fish.

On the reef fishing the table fare fish will be coming up to shallower waters now that the green light to cool water is there. Grouper and snapper were already thick as thieves and we expect with this awesome cold front, that to only improve. Reef fish like cooler water in the tropics. Its this time of the year that we catch our best mutton snappers, red groupers and black groupers as well as yellowtail snappers in the shallows without a lot of run time or effort for a great meal. Keep in mind we only have till January to keep Groupers as the season ends for the winter then.

The winds are up.. This week will be quite windy through Wednesday as this front slides past us and the High pressure behind it lets go. When those winds clock around to the South East thats when the dolphin will make a cameo appearance and anything goes.

Booking Deep Sea and Reef fishing trips is easy. We help you with all the details, stand behind our recommendations with a money back guarantee.
Just Call Us 1-305-292-7212