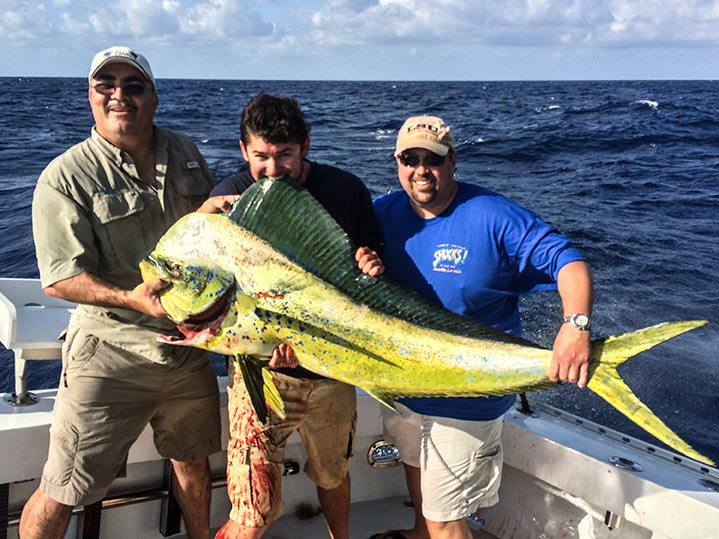 April 4th 2015 – A kinder gentler March followed by the first few days of April being so nice. We are all looking around the corner wondering where we will have to eventually pay for this nice weather.

Usually a windy month March was very mild and perfect for many days. A late cold front in the last days of March were a great reset for our Key West fishery both inshore and offshore. Yes, the weather was windy and even sucked for a while but the pay off afterword was well worth it.

The deep sea fishing off of Key West has been very good. We are not sure if it is because of the mild weather and so many boats are getting out there or if its due to the great fishing. Listening to the fishing reports coming in every day its has been very exciting.

April is a time for nice big Dolphin (mahi) coming down the stream right on through May. No lie, March was evident in that with many catches being reported of dolphin in the 20 – 30 lb range with regularity. April May and June are our big dolphin months where there will be fish up to 60 lbs caught.

Sailfish are on everyones mind as April slides along. Most o the deep sea guys I am talking to are saying it looks like a late april time frame for the massive push of numerous sailfish to come through the Key West area.

Deep Sea fishing trips are accessible from Key West any day of the week. Availability is the trouble this time of the year as everyone wants a shot at those delicious dolphin, tuna and wahoo with a bonus of a sailfish. Calling ahead of time is critical to getting out there..

Coming to Key West to go fishing? Deep Sea fishing looks like a great ticket. Give us a call. We have private charters for 6 or less starting at 700.00 for 4 hours and split charters also available.