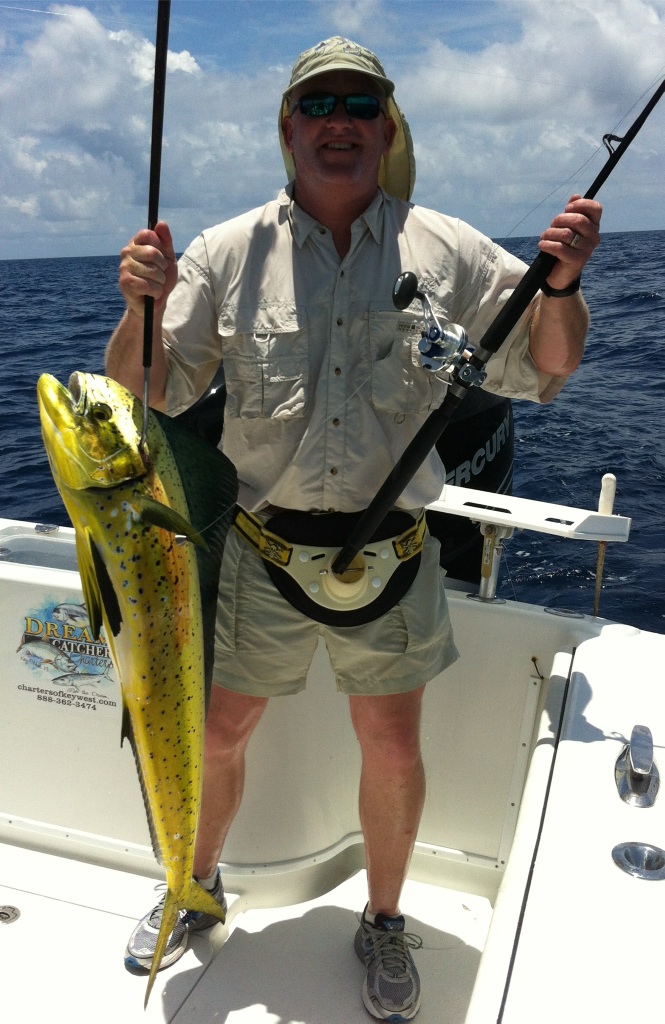 June 1 2013- Deep sea fishing for dolphin, tuna and wahoo was decent this weekend. Some nice fish were caught. Mostly Dolphin with a few exceptions.

Capt. Rob Harris was running the Intense for Dream Catcher Charters several days this weekend with some nice slammer dolphin coming to the dock. Fish up to 20 lbs for some fun anglers and plenty of them. Along the way Capt. Rob also stopped to get up some Snowey grouper to add to the box and a 25 lb fish made it to the surface using some high tech electric reels made exclusively for bottom fishing in 500 ft of water. A highlight the last few days was the white marling that Capt. Robs anglers jumped. He was about 100lbs and full of fire and fury as he ate the flat line and turned tail to run. After a brief fight the fish spit the hook and went on about his day.