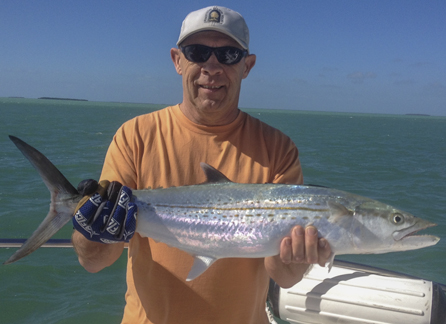 The season of MORE is here now and fishing is incredible for so many other species that have come in on our fresh North Easterly breezes..If you like going fishing for lots of species. The season started last week and will run all the way through March.

Winter fishing is here in Key West and largely in charge. With all the days that we fish here at Dream Catcher Charters (365) and the number of trips we run a year its no wonder why we know so much about our fishery. As Capt. tommy and I said the other day. Once those winds shift it will be like living in a whole other country. We were right.. There are fish everywhere, all shapes and sizes.

In a matter of a week or two our backcountry and flats fishing dynamics have changed.. We traded in two species for a whole slew of others as the bonefish and what was left of the tarpon are now history till next year so we have picked up Mutton Snappers along the edges of the flats as well as Trout, Redfish, Pompano, Jacks, Cobia and huge barracudas laid up on the shallow flats offering even MORE targets and MORE fishing opportunities. The fishing in the backcountry and on the flats is AWESOME! The season or MORE is here now…

Trout seems to be a popular character here in Key West and boy are they getting big. The trout have shown up in decent numbers already and we plan on this only getting even  better. Tasty, fun to catch and everyone loves a trout. 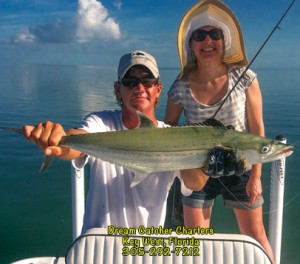 The Mack Attack!  When we get our winter fishery here in Key West (usually November it starts) there is a flood of bait fish pouring through Key West and right behind them are some of the meanest, toothiest, fast swimming, drag burning, hard fighting fish ever.. The Mackerel. We have both spanish and cero Mackerel here in Key West. We catch them both in the backcountry and on the inner patch reefs along the south side of Key West. These fish are constantly on the feed and ready to be caught.. Whats really cool about them is, right here in Key West we have caught the world record of both species numerous times and numerous categories. Light tackle and Mackerel, there is not much more fun you can have fishing.

Dont be scared of fishing the flats. some of my best permit fishing has been done from November through the months of March. Permit are opportunity feeders. With the higher winds normally encountered in the winter here in Key West the permit get up on the flats that have been fluffed by the winds to look for disoriented crabs and stuff to eat. They tail just as often and are easier to approach with a higher wind. Its not uncommon to get a fish that weighs well over 30lbs in the cooler months. i have caught permit in water temps as low as 65 degrees.. so dont be affraid to book a permit fishing charter on the flats with us. If we think its going to suck, we wont take you or your money..

Winter time fishing the flats and backcountry here in Key West is probably our best time of the year here at Dream Catcher Charters. Our schedules fill up where we are out catching fish with people every day.. Company wide it is not uncommon to see our boats stacked with double trips and people having a ball. Our Yellowfin bay boats are perfect for what we do. Powered by Mercury Marine we are able to get where we want to go quickly and quietly. We use all DAIWA rods and Reels to make sure you have the very best in equipment.