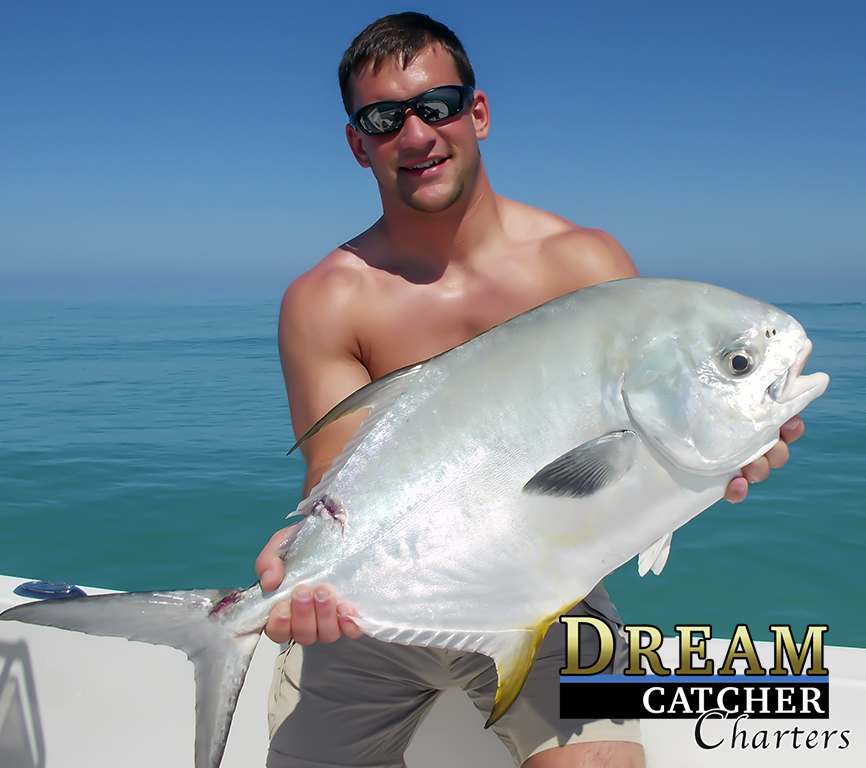 Permit fishing in February Is Amazing. Call Dream Catcher Charters for your shot at a Key West permit.

April 5th 2014 — The last cold front comes this week? Maybe fingers crossed we may get the last front of the year.

Traditionally and seasonally we get a ton of winds here in the months of March spreading into the April time frame. These winds really chew at true nerds of fishermen and fishing guides. I look at it as a precession to summer. Sort of paying our dues for the fabulous weather we will get in the months of June, July and August. This year has not been so bad if not late with the winds of March.

Looking at the month of April I see a pretty normal month for us. the last of the fronts should push through and we then start to look at the tropics for our weather.

In The Backcountry and Flats Fishing

Permit fishing in March and April Is Amazing. Call Dream Catcher Charters for your shot at a Key West permit.

The tarpon are here and its almost silly to write about anything else. All of our anglers set up to fish with us in April are here for tarpon and it looks good, there are a lot of fish around and the fishing is great when your in the “cycle” of the bite. Up on the flats we still have lots of permit around. Looking like its going to stay a bit breezy (10-15)  through the 15th of April the shots you get on the flats will be well earned and hugely rewarded. There are still some trout laying around and monster jacks in the backcountry worth the time to pick a fight. The snapper fishing is also still very good.

This time of the year we recommend the 4 and 6 hour backcountry fishing charter. Best bang for your buck to go out and try for a tarpon. The winds being up doing the all day all in wonder trip is pointless as we will not be going to the Marquesas on a windy day.

Easterly winds up against the flow from the west puts a lot of agitation on the reef stirring things up. the yellowtail snapper bite has been very good for those with the time to get out there and hit it. nice sized mutton snappers are around as well to put a nice tasty flare to your fish box. remember though it is not grouper season just yet.. May 1st is opening in the Atlantic.

What a roller coaster.. I hear the reports from our deep sea fleet and its up and down. Not just because its been windy either. But good news.. This last week things seem to have gotten back on track again for SOLID April sailfishing, dolphin and wahoo. Yesterday was the kick off for the Key West fishing tournament and Capt. Rob on board the Easy Rider (305-292-7212) boated 4 wahoo, jumped a sailfish and had shots at a few nice gaffer dolphin all inside 400 ft of water.