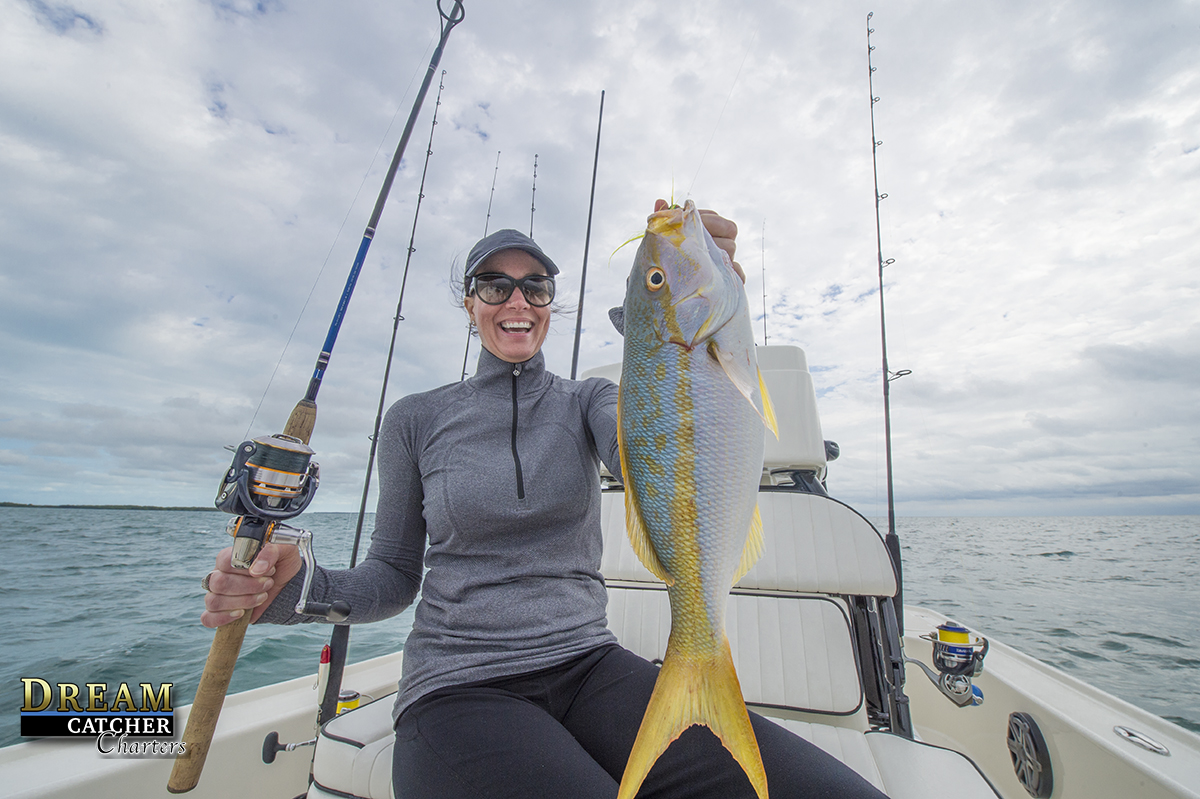 This young lady Bangs a NICE Yellowtail Snapper on Artificial fishing with me in less than 15 ft of water. Fun!

This young lady Bangs a NICE Yellowtail Snapper on Artificial fishing with me in less than 15 ft of water. Fun!

Wake up sleepy heads. Spring is almost here. I know for many of you up North after this dreadful winter you had on the dawn of Global Warming its hard to image such a warm thought as spring but here in Key West we never left spring conditions. We held on to them all the way through the winter and now Its March! and we are dancing in the streets ready for another CRAZY busy season here in Key West at Dream Catcher Charters.

While the guys here at Dream Catchers get set up this morning to do battle with the local tarpon population I get a chance to over hear conversations that the anglers have with my fishing guides. I reminded time and again how important our roll is to get you folks on the water to have FUN and forget about shoveling snow or whatever else your lives throw at you.. We take on the challenge and love taking you all fishing.

The fishing these last two weeks has been in a word “typical” for inshore based on the conditions but “terrible” for the deep sea guys until just recently and “Holy Crap” for the reef guys catching filets for their anglers in the form of tasty Yellowtail snapper, mutton snappers and other assorted fish. But everyone is complaining about sharks.

Tarpon Season 2014…..
Has officially started.. We are in the tarpon and getting it done. North winds from these pesky little cold fronts still shut them down for a day but they spring (no pun intended) right back up. The bite has been good for early March with water temps right in the 70’s where we would like them to be. Now, outside of late season cold fronts (could happen) we are good to go with the consistent tarpon fishing reports from here till August.. Keep in touch, check back often.

Backcountry Fishing
Its been great. Our folks we have been fishing are really having a blast out there on the basins. Trying for tarpon first thing then following it up with a great trout bite, jacks, pompano and some incredible inshore snapper fishing for mangroves, yellowtail and muttons. 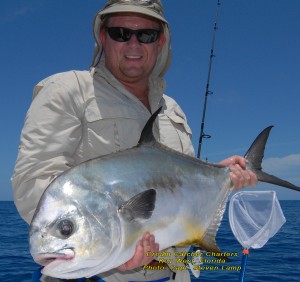 A Fine example of a March Permit here in Key West.

March is one of my favorite months to hunt down a permit on the flats. This month has been no different. The Marquesas Keys have really held up their reputation for holding some Barn Door sized permit and showing my folks a great day on the flats.. I get my new flats fishing boat in April. Looking forward to it. Top secret now, but watch my Face Book page and you will see (hopefully fish it) all about it.

Reef Fishing
Fun Times are to be had always reef fishing here in Key West but these last few weeks have been exceptional. With the calmer conditions we have turned out some awesome trips to the reef on board our fishing boats. Nice yellowtail snappers, Mutton snappers and even Hog fish have been brought to the boat and made people smile. Our reef trips are definitely for the fair weather fisherman. We NEVER get you sick (unless you started the night before) with rough waves.. Our captains make sure its not rough and you are catching fish. 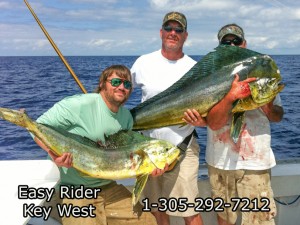 Our deep sea fishing boats were really struggling last week for a bite in the blue waters. It was painful to see but that is fishing. Some of the boats were able to take up the slack in bite by going out to the Gulf side and make it happen fishing for kingfish, this was a trip saver. Then.. The dolphin showed up. Capt. Rob of the Easy Rider (one of our premier Deep Sea fishing boats) Got into the dolphin good.. With some nice 30+ lb fish. They had to go deep but that doesn’t matter when it comes to Capt Rob finding fish, he does what he needs to make it happen. May of the boats in the fleet of deep sea boats are into the dolphin now. Typical for this time of the year having larger dolphin moving through the area. Some reports of dolphin up to 50 lbs have been coming out.

Our Key West Deep Sea fishing boats are the best. We have boats of different sizes and amenities to fit your budget. Give Island Genn a call and she will set you up to fish the blue waters of the Gulf Stream. 1-305-292-7212

As my good friend Capt. Matt Bellinger says all the time on the radio here in the Florida Keys. Get Out There and GO FISH!

Everyone have an awesome week!