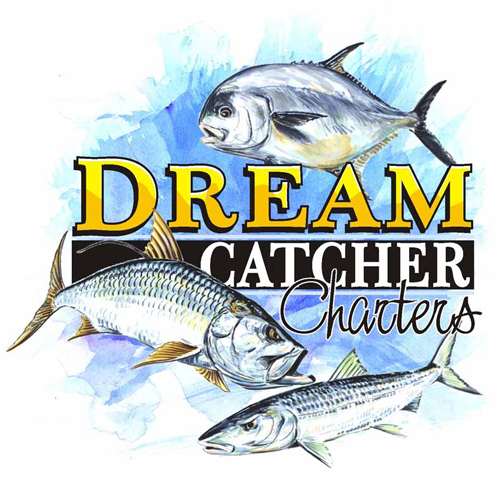 Is this bad? Oh heck no! the fishing is great both inshore and offshore.

We have been slammed with charters here at Dream Catcher Charters and the fishing has met the numbers with a smile.

The most popular trips we have been running lately are the backcountry and flats fishing charters. The shallower waters make the windier days a little easier to tolerate as the islands of the backcountry block the winds for us. The water quality in the backcountry and on the flats is really good with loads of bait fish and predators making a splash. Trout, Pompano, ladyfish, sharks and barracudas are all part of the mixed bag available to our backcountry fishing anglers without getting sea sick. On the flats the permit fishing has been pretty strong with some reports of bonefish on the Atlantic facing flats.

Not To say Offshore Deep Sea fishing is bad thing.

Our trips offshore fishing have been very productive as well. With eh Southern winds Dolphin have been a part of the catch for most of our trolling fleet of boats. Finding dolphin inside 700 ft of water makes a fast way to get some filet. The sail fishing has slowed down allot with a few smaller fish being caught here and there. The wahoo bite has not showed yet but the blackfin tunas are still rocking the boat with some nice catches up to 15 lbs. The Reef bite is a little behind the times with the grouper having not quite moved up on the reef like we like to see them, especially with only a few more days left in the Atlantic grouper season. Not a terrible thing though as most people like snapper over grouper and there are PLENTY of snapper. Mangrove, Yellowtails, and Mutton snappers are all on the reef making a great day out of the huge amounts of bait on the reef to eat.

Book your deep sea and reef trips and make it happen. Lots of good eating food fish out there..