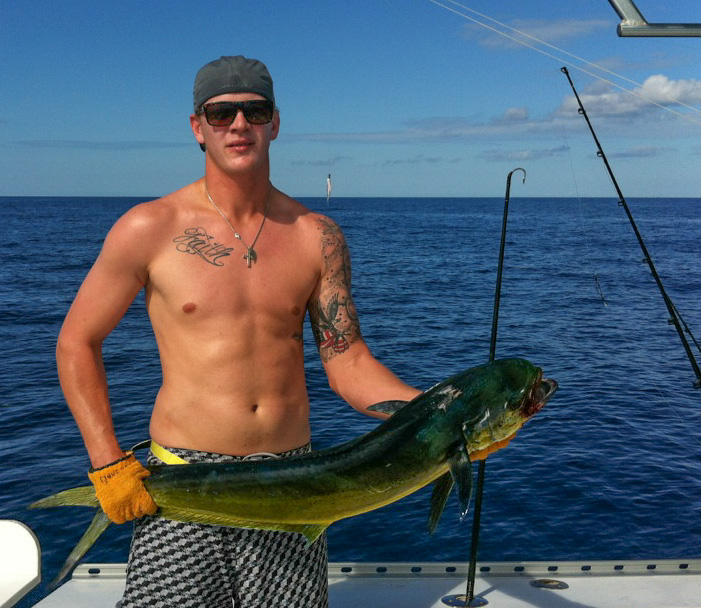 Charter boat Easy Rider a Dream Catcher Charters preferred sport fishing charter boat  was out yesterday and today riding the cobalt blue waters off of Key West in search for whatever would strike on the troll. With incredible fall Key West weather they were in luck 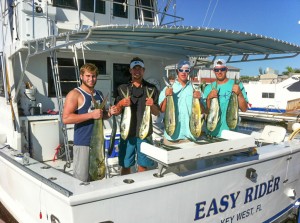 Both days had plenty of action outside our reef line. Early on bonito were hitting like it was their job offering the crew of 5 fishermen plenty of rod bending excitement or “practice” as we call it in the industry till they had a sailfish hook up and jump.. The sailfish promptly spit the hook and went on about his day. A nice big Bull dolphin was hooked, Capt. Rob suspected him to be about 30 lbs and he too went on without seeing the inside of the cold box. Finishing up the day they were at several dolphin for the box and some nice filets.

Also a Dream Catcher Preferred deep sea fishing charter Capt. Billy on board the Linda D. Also got into some nice 20lb dolphin as well.

So, its safe to say the dolphin are here in Key West. The sailfish will start to trickle in through November. We are on a full moon this week so the bite will be in the afternoon for the dolphin.

Our Key West deep Sea sport fishing boats are the best in the fleet. Fantastic captains and crew that will show you a great day on the water and lots of fish on the deck. The boats we work with are the most reputable in town and we put our name on the the quality of the service with a money back guarantee.